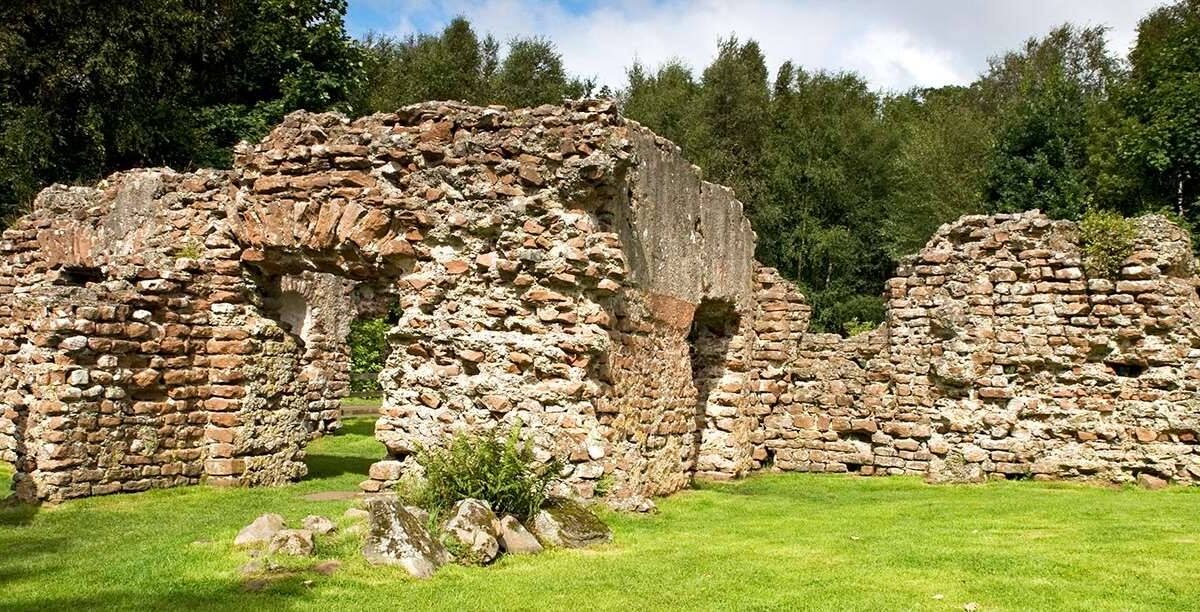 This is a continuation of the previous posts 1 & 2 & 3 providing information to visitors following a route by car with walking opportunities on the way to explore.

Although the fort at Bowness on Solway was the Western end of Hadrian’s Wall it was not the end of the Roman frontier defences. They continued from Bowness on Solway, down the west coast to Ravenglass, a distance of almost 40 miles, but there was no wall.

Instead, a series of milefortlets and towers were constructed between forts at Beckfoot and Maryport, The forts were to act as protection against any possible sea-borne raids from the Scottish Coast across the Solway Firth. There were further forts at Burrow Walls near Workington, Moresby near Whitehaven and Ravenglass.

Follow the minor road out of Bowness on Solway towards Kirkbride. This was the location of a timber fort built around AD105 at the end of the Roman Road Stanegate which pre-dated Hadrian’s Wall. This fort was also linked by a Roman Road to Bowness on Solway fort of Maia.

The beautiful Church dedicated to St Bride (St Bridget) is of Anglo-Saxon origin and is located over the West gate of the Roman fort. It was built of Roman stones from the fort site.

Join the B5307 towards Abbeytown. Here you will find Holme Cultram Abbey founded in 1150 by Cistercian monks. The town was named after the Abbey.

When the Abbey was dissolved in 1538 the church became the parish church of St Mary. Many of the Abbey stones were used to build the town houses. Sadly, the church suffered extensive damage in 2006 after an arson attack, but was restored and reopened since 2015.

Join the B5302 towards Silloth and the West Coast.

The beautiful quiet seaside town developed as a port with railway connections to Carlisle. With fine views across the Solway Firth towards the hills of Southern Scotland, the prominent Christ Church parish church is a notable landmark along with the elegant tree lined streets, extensive sea front greens and magnificent promenade.

Continue on the B5300 south, down the coast

Little remains of the Roman West Coast defences, but the following are of interest.

Location of a milefortlet, with parking and stairs up to the site. The consolidated turf ramparts and ditch are visible on an inland-facing slope behind the B6300, approx. two miles north east of Maryport. Also visible here at Crosscanonby, across the road, are the location of former salt pans, a thriving industry here in the past.

Senhouse Roman Museum, Maryport. Located and signposted near the town centre and next to the site of the Roman fort of Alauna. (not accessible), the museum describes the layout of the Roman coastal defences.

The collections on display are the oldest in Britain, dating back to 1570. They include the famous altar stones discovered buried on the fort site and are perfectly preserved.

There have been many recent excavations here and the stories of these can be found in the museum. A watchtower provides extensive views over the fort site.

Why not divert here onto the A594 towards Cockermouth, just on the edge of the Lake District National Park, and perhaps visit the birthplace of William Wordsworth. The most famous of the romantic Lake Poets.

Return by the A595 South and rejoin the A595 to Whitehaven.

Moresby (Gabrosentum) Located just to the north of Whitehaven the fort occupied a low promontory site overlooking the seas to the west. The ramparts are still visible in the fields to the west of the church. The present St Bridgets church lies just outside of the fort East gate and replaced an earlier Anglo-Saxon Church.

The only remains of the earlier structure are a very imposing solitary chancel arch. Nearby Moresby Hall is noted for its construction in stone from the fort site.

Whitehaven, an important and historic port, former industrial port for coal and iron, is now a haven for tourists.

The town is a perfect layout of Georgian Town Planning with a host of Georgian buildings to admire. Take time to visit the Beacon Visitor Centre, a lighthouse style building overlooking the harbour and marina. It is dedicated to showing the extensive local history of this section of Cumbria.

Leave Whitehaven on the B5345 South towards St Bees, linked with the Irish Nun St Bega who built a monastery here. St Bees Head forms a red sandstone bluff which is the most westerly point of Cumbria.

This is the location of the start of the famous Coast to Coast Walk devised by Alfred Wainwright in 1972.

Just before Ravenglass is Muncaster Castle, built on an elevated platform originally thought to be a Roman signalling station. Dating from around 1208 the Castle and Gardens are a delight to visit.

Ravenglass is also the start and end point of the Ravenglass and Eskdale Railway. La’al (little) Ratty is a miniature gauge railway which takes you on a 7mile journey through beautiful Eskdale to Dalegarth Station near Boot village. Ravenglass station has a museum telling the history of the little railway.

Ravenglass (Glannaventa) Near to the village just off the A595, a small lane on the left is signposted to the Roman bath house which previously served the Roman fort of Glannaventa. The fort is no longer accessible but the bath house remains are quite substantial with some of the walls standing almost 4m/13ft the highest of any remaining Roman domestic building in the country.

Ravenglass was an important Roman fort and supply centre for inland forts at Hardknott (Mediobogdum) and Ambleside (Galava). Those forts were built to protect mining interests in the Lake District Hills to and also the North Pennines and towards Hadrians Wall via the Roman road known as The Maiden Way through Epiacum, Whitley Castle near Alston and on to Carvoran Roman fort on the wall.

The whole of these Roman fortifications, the Wall itself and the western coastal defences are designated a World Heritage Site. The most important remains of a Roman frontier system in the world.